Sikkim government to award Rs 2.5 crore to gold medal winners from Sikkim, earlier it was 2 crore. Similarly, 1.5 crore for Silver medal winners and 1 crore for Bronze medal winner in Olympic.  Before this, it was 2 crore for gold, 1 crore for Silver and 50 lakh for Bronze medal. It was announced by Sports minister KN Lepcha today in a presser held at sports department. With the thought to encourage sports in state we have decided to enhance the grant and hope in coming days more players will be attracted towards sports. 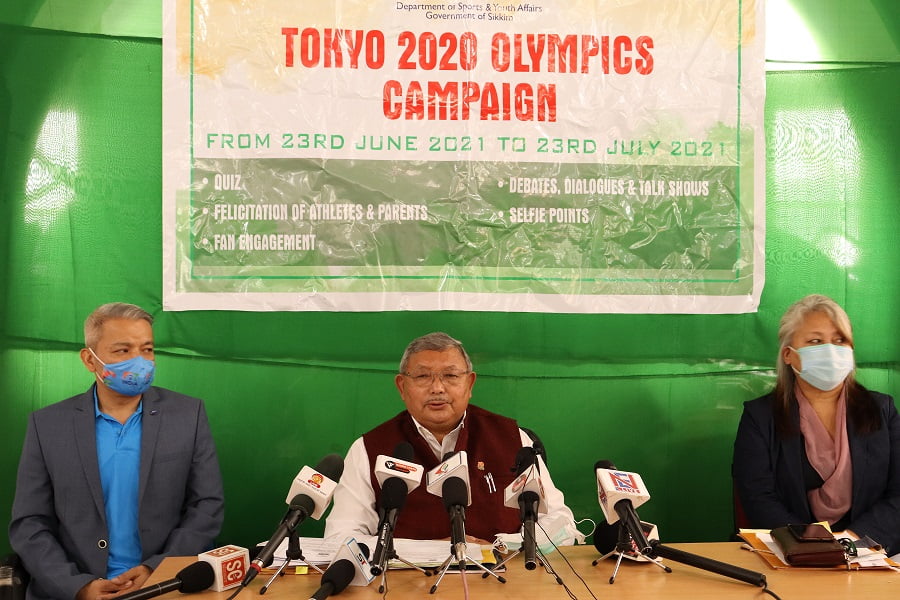 As many as 126 Member Indian Contingent, including 8 Athletes from the Northeast is preparing for their respective events for Tokyo Olympic which will begin from 23 July.  Olympian archer Tarundeep Rai at present holds the post of Subedar in Indian Army. Rai had won many awards and medal in various events. Rai is Arjuna Award 2005 holder, also Padmashree in the 2019, Silver medal in 2010 Delhi Commonwealth and 16th Asian games 2010.